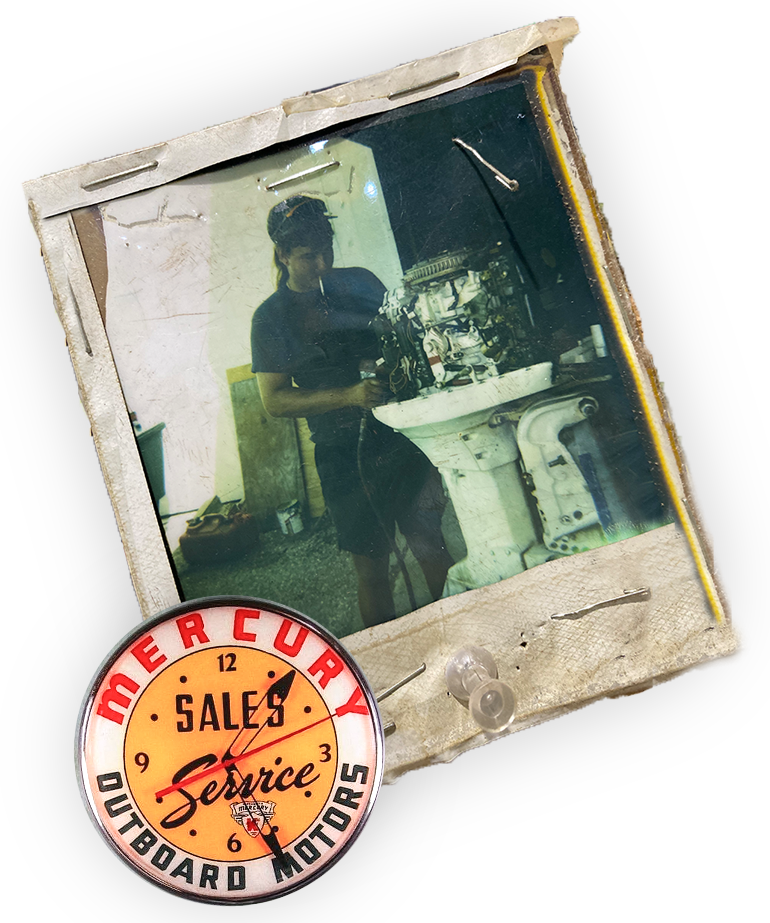 The Story of Chris's Marine

Chris Coulter has been described as "the real deal” and "a man with unmatched ethics and character." Add to that a work ethic that is unsurpassed and you have a man who turned a marine repair shop with simple beginnings into one of the industries great success stories.

The beginnings of Chris’s Marine can be traced back to the early 1990s. Fresh out of trade school, Chris began turning wrenches for local dealerships gaining mechanical knowledge and business operating experience. A few years later, he began his first boat service business out of a small bay stall he rented (in what is now known as the “spray booth” here at Chris’s Marine) and a handful of tools.

Chris quickly became known as the “go-to” guy due to his technical know-how and quick service. Word spread amongst commercial fishermen and business began to grow. In 1992, Chris moved the operation into what we now call the “Rig Shop” and partnered with his father Ocia Coulter “aka Pops” under the name Performance Marine. They began serving both outboards and diesel engines.

By this time, Chris’s reputation for macgyver like skills was exploding. Chris was servicing fishing guides and commercial fisherman up and down the Texas coast and business was booming. 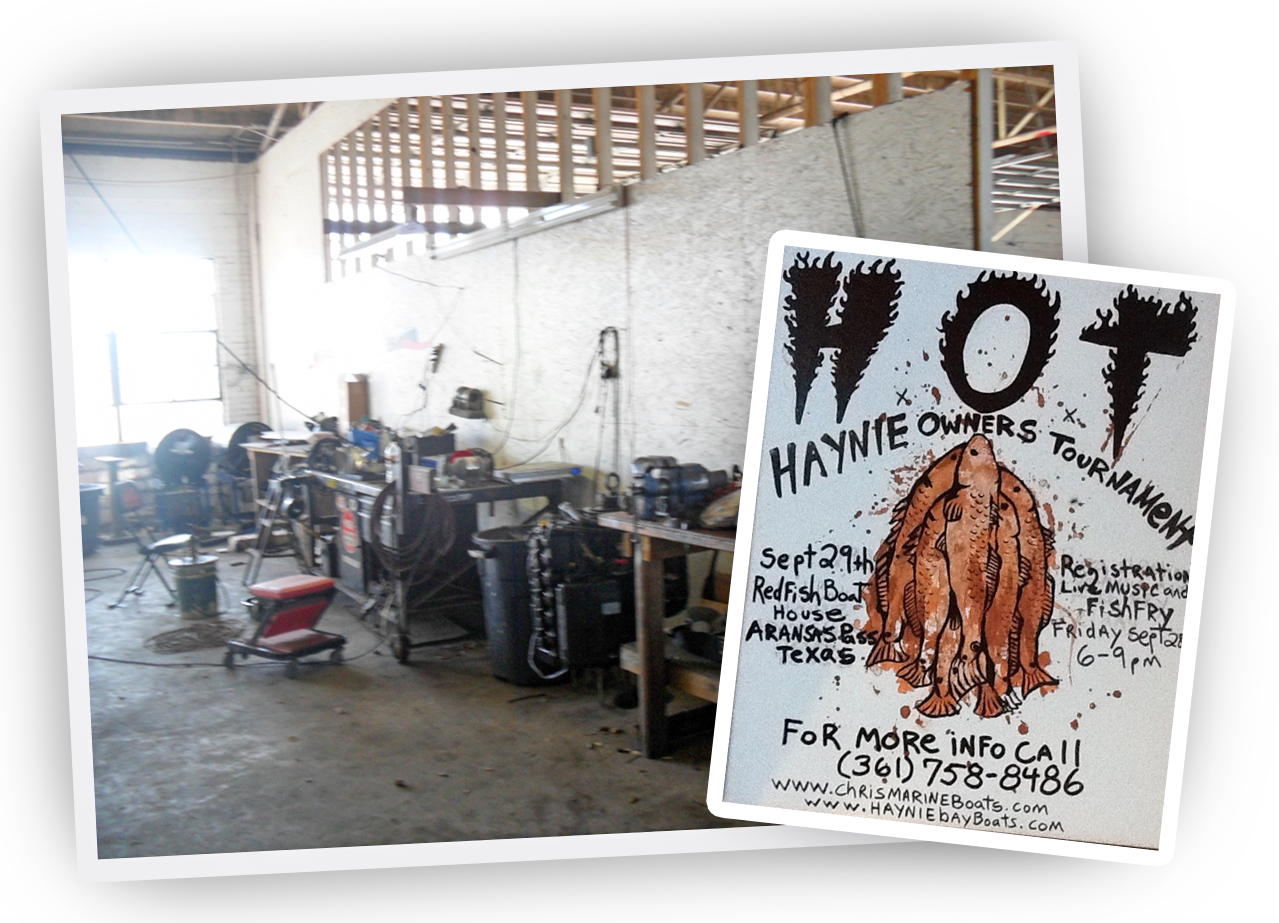 Two years later, Chris was approached by Anchor Marine, a dealership out of San Antonio with an offer to purchase the shop and have him spearhead the location as GM. Chris accepted the opportunity and Performance Marine became Anchor Marine, a full-line dealership for new boats, motors, and trailers.

The Anchor Marine period was short lived and by 2001, the dealership offered Chris and Julie the opportunity purchase the Aransas Pass location. Chris and Julie accepted the offer and Chris’s Marine was formally established. 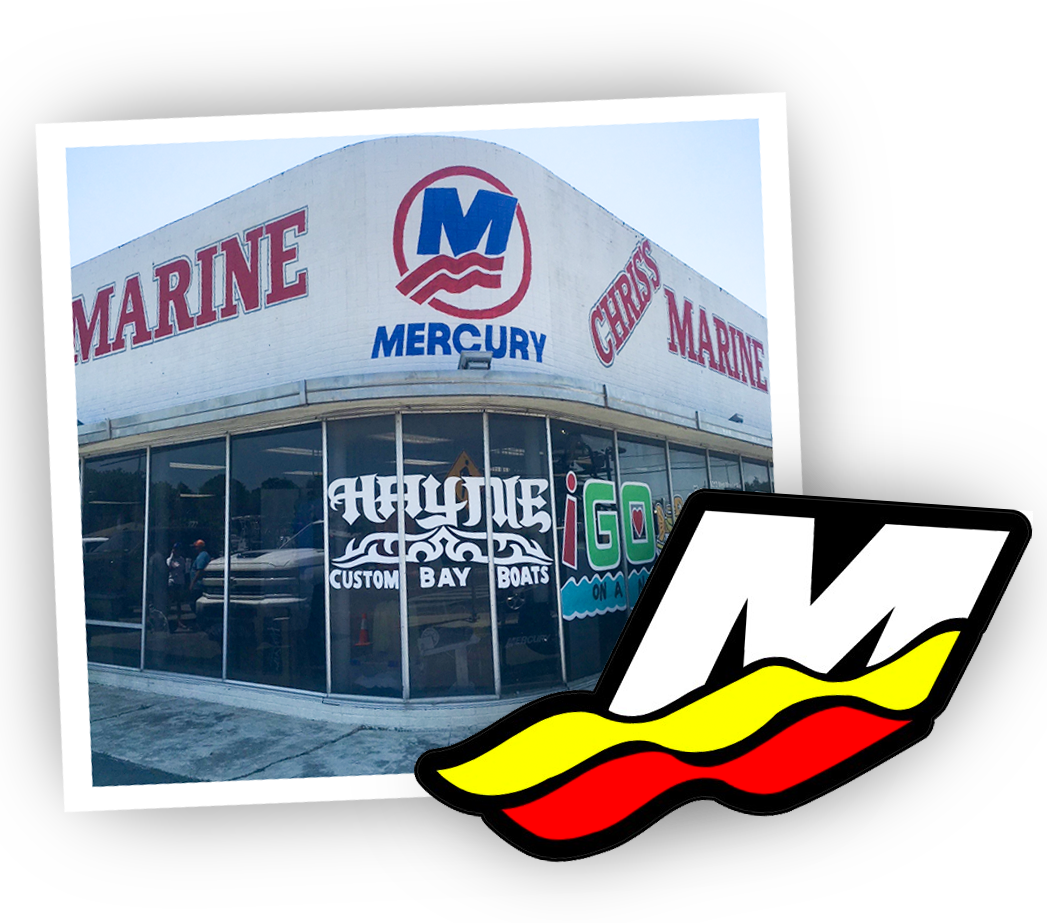 Chris’s ambitions led to the establishment of a rigging department and soon he was rigging boats for popular boat manufactures all over the Texas coast. Mr. Rayburn Haynie owner of Haynie Boats, took notice of CM’s work ethic and speed and in 2006, Chris and Julie were presented with the opportunity to purchase Haynie and the flagship 23 Big Foot mold.

This was the start of something great. Chris’ first plan for Haynie Boats was to create the hull we all know as the 24 High Output. Chris had the idea for this versatile v-hull for many years and he now had Mr. Haynie to help him build it. From there the rest is history.

Here at Chris’s Marine, we are proud of our humble beginnings. Chris and Julie strive to be the best in the industry. They truly are genuine, down to earth people who believe in the golden rule – treat others the way you want to be treated. They also firmly believe in service after the sale and providing people with the best customer service possible. We are still a small family-owned business and at our store, you are a name and not a number. We believe in quality service at a fair price and our honesty, integrity, and knowledge set us apart from the rest.

It’s time to pull the trigger and get you into a Haynie®. Review all the available options, customize your boat and get a conversation started.